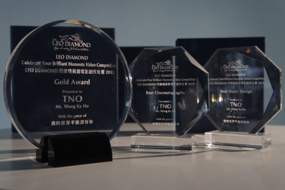 In 2013, with the support from the CreateHK, an agency under the HKSAR Government, the Hong Kong Association of Interactive Marketing organised a ‘MicroFilm Music’ project, aiming to cultivate new and talented advertising production companies and directors, as well as young local musicians. TNO was accepted into the project, and created a microfilm titled ‘Sound of Music’ with 3Think, a local band that debuted in 2013. ‘Sound of Music’ was premiered in cinema, and later was also shown on Now TV, RoadShow, and the Hong Kong Movie app. We were also invited to appear on Now TV and Metro Broadcast for interviews. 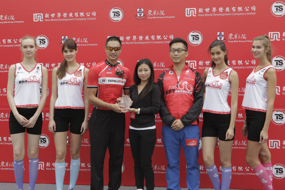 TNO was the official TVC production sponsor for the New World Cycling Charity Championship 2013. With the Tung Wah Group of Hospitals being the beneficiary, the event was also supported by other well-known media and PR companies in Hong Kong, including Now TV, Oriental Press Group, Trimaran, and many others. Apart from producing the event promotion video that was aired on various media platforms, we also provided photography service on the event day, and produced an event highlight video afterwards. TNO is committed to corporate social responsibility, and we were glad and honoured to be able to participate in this charity event.